In November we featured NanoWriMo – National Novel Writing Month in Focus on Potential and 6 year old Lola P. took up the challenge.  Written and illustrated by Lola, this is a great story about a week battling to keep evil at bay in the Cybertron Universe.  We have tried to keep to her formatting as much as possible. 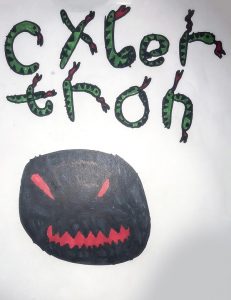 A week in the history of Cybertron Universe

land of heroes and battles 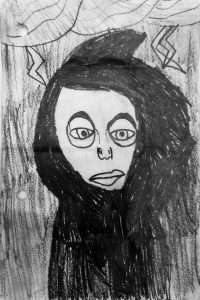 I’m Lola. I’m the one that is in the story the most, and I’ll call myself “me” or “I”. I’m here to tell you about a week at Cybertron Universe. Cybertron is a dimension outside our Universe. It exists in parallel to this Universe and other Universes out there.

I visit Cybertron every night, or every time I am called upon by my team. We fight six days a week and rest one. In Cybertron we battle. Here is where we keep evil at bay. Cybertron is a scary place that bad guys like and battle us to keep us away. We always battle back. Cybertron is our home.

Heroes from all dimensions visit Cybertron to join in the fight. We are all friends and come together to fight evil. You will find a narrator somewhere in this book as well.

This is the story of many battles, as they happen and as I remember them. A week in Cybertron Universe.

I will write how I remember them, from the night before this day that come upon.

OH NO! BEN TENNISON HAS BEEN TURNED EVIL 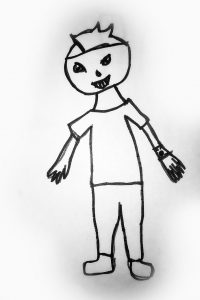 Oh no! Ben Tennison has been turned evil. He has the same aliens but stronger, and he will help the bad guys. If he gets used to it, he will be evil forever, so we need to act fast!  before his heart turns evil. If it does, we might as well get killed or maybe just beaten up. So, unless we find a green light to make him remember that he’s a good guy, he’s just going to kill himself.

UUUUGGGHHH [grunting in despair] I need Ben Tennison back!. My team says: “it’s ok”, “we’ll get him back”. Until ……….. [pausing] …they heard an evil cackle [cackles]

My team and I pin him down to the floor. I put the green light right on Ben Tennison’s face. Once he opens his eyes, he starts grunting, and rolling, and screaming and screeching until his body turns back to his old good self.

BACK FROM EVIL AND ALMOST KILLED

[Lola] “Hi again, Team!” “How’s Ben doing after we got him back from evil?.” I ask with anticipation. I always like to check how everyone is doing on my return from Earth. “Um……………not very well” said the team. I gasp.

“Guys!  what happened?” [me warily] “uh…well” “the bad guys got so mad they threw a bomb, and Ben got caught by one of the beams, and almost died”. Ben was sick, straining with poison and hurt. “So we took him to hospital to check if we can get him back, and so far no luck.” “He hasn’t opened and eye.” 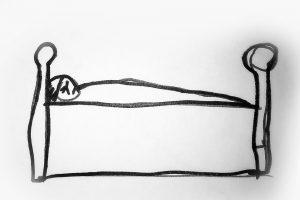 I feel his heart with my right hand. I hold my arm tight, hoovering over his chest. I close my eyes and a bright green light shine through my palm into his heart.

Ben Tenninson curled into a ball. Slowly but surely opens his eyes lightly. “We’ve got him back.”

Now I’m going to Cybertron home planet to some sweets, and food. We need to celebrate.

THE ILLNESS NOTHING CAN HEAL

[Lola] “Hi again, Team”, “How’s Ben doing?” [I ask eagerly] Long day in Earth and you never know what you may find back in Cybertron.

“Oh, he’s fine”, “but young Ben caught the same illness from the same thing, and nothing can heal this one” I am told

[gasp]. “The only thing that can heal him is fire viper venom”. 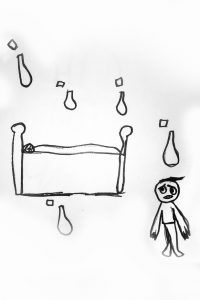 “Duh!”,  “Because people scream in that cave!” [says Ben with a rushed, whimpered voice] “but no one’s ever been there and lived” [he continues darting backwards and forwards].

“Well. We have to try” I reply in a somber tone.

We walked for miles down a windy path. A large opening amongst the trees revealed the entrance to the cave. We rushed into the cave with no time to spare, as a cold breeze brushed against us.

SSSSSHHHHHH ! “you’ll wake up the fire vipers” I whisper. “Be careful” [crackels]

Poking out of the floor, shadowy figures slitting. They there are. The Vipers.

Quick!” “Seize them!” – I scream. The team jumps into battle approaching from all directions. Lion forces the mouth of a viper, as I use a stick to prompt some of the venom out.

As quick as we jumped it, we are out, venom and all.

“Cybertron team: We did it!” A drop of venom saved the day.

At least we’ve got you back so: bye bye, I say

“I’m going back to Earth. Great saving you, good bye.”

NOTHING WRONG: EXCEPT THERE IS!

Another day, another battle.

“Anything wrong ???” I said “No, except there is”. “The bad guys made their own clones and who knows what bad things they could do. They could destroy Cybertron Universe or something bad like that…………………………………………” [the air was quiet. The mood scary] 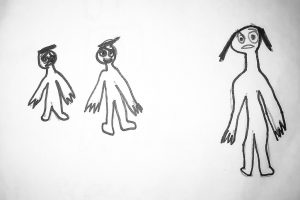 There are normally only one-hundred bad guys and a billion of us, and now that the bad guys got their own clones, they are like a billion of them!

I had to think fast. The clones were robots. We punched very hard through them, left, right and centre. One punch and grabbed the wires right out of their chest. And that’s how we shut them down.

[Lola] “Hi again! Team” “Anything wrong?” [Ben] [coughing] [weakly] Of course there is: “Bad guys are poisoning all good guys. Only you are immune to it” [hits ground]

[Cyborg] “Uh….yeah, Ben thinks it’ll happen to us, but by my calculations it won’t happen” [Cyborg says defiantly]

[Lola] “Well, we have to help him” I say, producing Cybertron’s most powerful machine: Cybertron X-Ray.

Cybertron X-Ray machine is huge. It comes out from the sky when you clap twice and say “chop-chop”. It slides in front of a person, showing a map of the body. Nothing escapes this powerful machine. A plus inside a circle is the sign for poison. Purple for poison, green for health. The red button gives you information to make the person better.

[x-ray buzzing]  [Lola sighs] “Sorry, but we need the power of night ninja and his ninjalinos”. 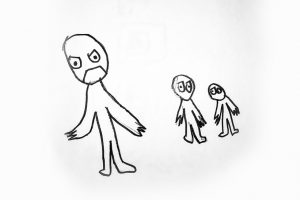 As night approaches, there they are, up to no good. My team jumps into action. We have them!

The antidote is secure. The poison is destroyed.

Another night, another battle.

FIGHT BEFORE THE PLANET IS DESTROYED 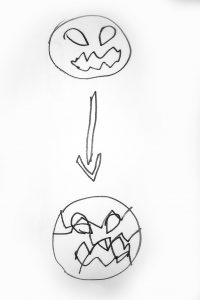 [Lola] Uh-oh: It’s Syfan [gasp] he’s destroying our planet, we have to stop him…

Syfan is a demon. He has a huge spike in the crown of his head, and two more on the sides. He has red-glowing eyes. He has claws and is up to no good.

No time to think. Time to jump into action.

………hiya thunder fight ha crash kick [grunt] we have to work together but I don’t know what to do. Let’s do the power up hiya wcha waaaaaaa. I don’t think this is working. We need to beat the sky drones before we can get to Syfan hmmmmm aha I’ve got it……………………………………..

Hurry, release our elemental powers: fire, air, water and electricity. Balls are created and splattered into a flat pancake pad. Strong and deadly. We furiously toss them into the battle.

Now let’s go for Syf… wait! Syfon is in my palace [I shout] Syfan You know you are going down in death when I rip your eyes out and make you swallow them. So you can see how I rip your body apart in one big scratch ……..whchaaa………………waaaaaaaaa what did I say about ripping your eyes out.

[narrator] Sometimes anger comes when we meet our worst enemies.

The battle was won. It was back to a peaceful day at Cybertron and I went home.

THE UNIVERSE IS OURS 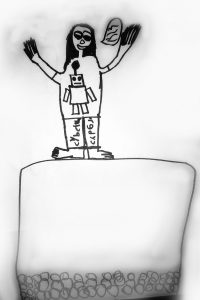 Attention everyone. Do not worry. We have destroyed Syfan once, and for all. We are safe once again because of me and my team. We promise we will destroy every demon or bad guy that strikes and soon this place will be a home again.

We will stand for Cybertron. We will never give up. The bad guys will never have our home. Every one of us will one day be a hero. Every villain will surrender. Fighting us will be impossible for them.

Until we meet again, be good, be safe 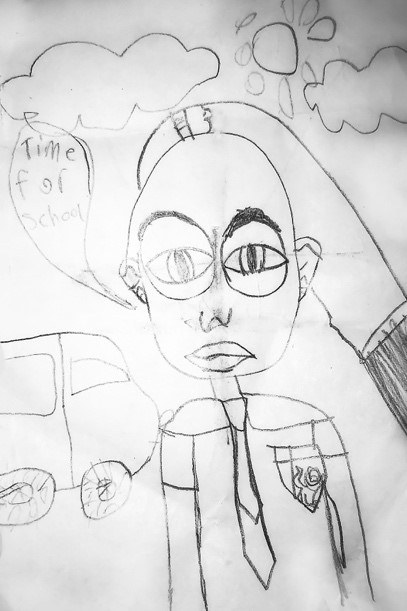