Domino Art – Activities and Facts about this Fascinating Craze!

Domino Artists from around the world take part in Domino Shows with people who love creating domino structures as a hobby. They stand up domino ‘tiles’ of all colours in a carefully planned order and make exciting patterns -or ‘Art’. When the whole pattern is ready, the first domino is knocked down. Only this first tile should be toppled by hand as the aim is for the rest to knock themselves down under what scientists might call ‘the domino effect’.

The good news though is that this is something you can easily try out at home or wherever you have a flat surface! Begin with your usual dominoes, then buy special sets if you want to move on to more complicated shapes.

Start to feel the buzz by watching the “Amazing Triple Spiral” video (https://youtu.be/lo6x4eulY9g). A massive 15,000 dominoes were carefully arranged to create a beautiful piece of spiral art…then the first one was knocked down! As you see on the video, one falling domino crashes into the next until all 15,000 have fallen to create a new and equally beautiful artwork. An essential part of a Domino Show is lots of movement, tension and change.

Lily Hevesh is the young Domino Artist behind this video and many others. Under the name Hevesh5, she posts weekly friendly videos to her YouTube channel https://www.youtube.com/hevesh5/. Lily’s website says she has “over 600 million total YouTube views and 2,000,000 subscribers, making her the number 1 most subscribed Domino Artist on the web”.

Lily has chosen it as her ‘profession’ (as a job or career) to set up projects and events for schools and businesses. At https://www.hevesh5.com/work/ you can see video clips from her work, including colourful adverts for Pizza Hut, Disney XD, Marvel (Spiderman) and big car companies like Honda and Ford. Lily was also the expert behind the domino scene in the Will Smith movie Collateral Beauty and had a great time with Katy Perry creating imagery for her Witness album launch (https://www.hevesh5.com/new-gallery/2017/10/2/katy-perry-album-release). Take a look at some of these links – they are awesome!

Lily Hevesh was also asked by Producer Kevin Jonas to create scenes for the whole of a ‘Lyric Video’ for Bethany Mota’s ‘Need you right now’, which you can see here; https://youtu.be/rD_a95Dib9A. If you look carefully, at 2 minutes and 15 seconds there is a run of dominoes that topples, causing a lollipop stick to fall and release a ball down a slope. This ball then goes on to cause further destruction! Using a mixture of materials (sticks, balls and dominoes together) to create organised chaos is popular in wacky Heath Robinson inventions and Rube Goldberg machines. If you love Domino Art, you will probably love these too; maybe something to investigate another day?

Be a Domino Artist!

Remember to be patient. Even the experts have ‘fails’. It takes time and concentration to get the spacing, science and design right – but that is what makes it so much fun when everything works well!

Be a ‘Domino Designer’!

A Domino Artist sounds like someone who paints dots or pictures onto blank domino tiles. As we’ve learned, this is not the case, but it does sound like a lot of fun, so why not have a go at being a Domino Designer?

Work out how many tiles and dots (or pictures) you will need by checking here: http://www.domino-games.com/faq/How-Many-Tiles-And-Dots-Are-In-A-Dominoes-Set.html.

Be a Domino Player!

If you love watching the videos but don’t want to create your own Domino Show, grab the dominoes you made (or owned already) and simply have a fun game!

At http://www.domino-games.com/domino-rules/ you will find rules for lots of different domino games, including the popular Draw Game, which you may have played before. Have fun! 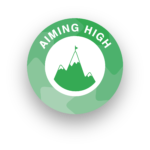 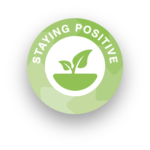 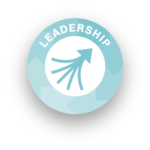 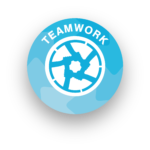