Don’t Put All Your Eggs in One Basket!

There are many great inventors in the world who are famed for one discovery yet chose not to stop there. Ideas were taken further and developed into something new, especially if a particular concept proved fascinating. Nor did they give up!

What could your child do with some of these inventions? Can they discover new capabilities?

Invented by engineer Richard James and given its name by his wife Betty, the slinky spring was meant to keep fragile equipment protected on battleships. But when James knocked it down from a shelf, he was mesmerised by its unusual motion. A few tweaks resulted in a prototype.

Talk to them about how a slinky spring moves and how it started off as a prototype. Explain that a prototype is a simple creation of a model that allows you to test it to see what can be improved. What kind of prototype would your child invent? What questions would they ask people who tested their product?

For the Physics Fan:

Make waves! You need a friend to help. Stretch out a slinky spring as far as you can (six feet) or tie one end of it to a solid object the same distance away. If you move your hand up and down, you’ll see a wave travelling down the slinky spring. In fact, you’ve made a transverse wave. Now move your hand towards and away from your friend. This is a longitudinal wave; seismic waves move like this through the earth.

James Wright accidentally dropped boric acid into silicone oil, resulting in the squashy and stretchy putty you play with today. The first batch was actually sold for Easter!

Putty is actually a non-Newtonian fluid because its viscosity is dependent on both temperature and applied force. Try comparing it with ketchup, cold or warm honey and toothpaste to see how it flows, and cornflour dissolved in water.

Putty can show you how the rocks deep in the earth’s crust moves. Holding the putty in both hands, can your child stretch it by pulling in opposite directions? Now ask them to bounce the putty off the floor in a suitable area or hit it with a hammer. Is it a solid, liquid or both? Are rocks in the earth similarly elastic under stress? 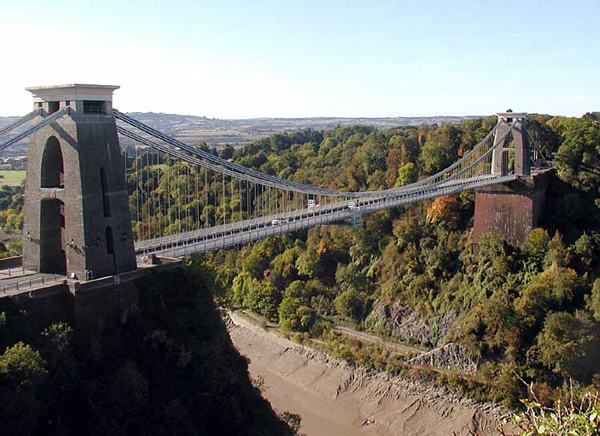 Bristol’s suspension bridge designed by Isambard Brunel is famous. However not many people know about his friend Sarah Guppy, who designed not only a tea maker that cooked eggs but also patented her chain bridge design and gave Brunel some of her ideas.

Use items such as spaghetti, kitchen roll cardboard and pencils to build a bridge. Parents can suggest a certain span and width. How long can it go? Can your child evaluate why it did or didn’t succeed?

Talk to your child about what a suspension bridge is – namely a bridge that hangs its deck (the area that carries transport and pedestrians) from a cable hung between towers. Why do we have different types of bridges? Does your child think some types are better than others? How do they know?

Sarah Guppy’s breakfast tea maker ran on steam which boiled an egg and kept toast warm on a steam-heated plate – ingenious! Now watch this: https://thekidshouldseethis.com/post/the-sunday-morning-breakfast-machine Could you design your own meal machine? Draw your delicious idea.

Find an egg and two plastic bottle caps. One needs to fit underneath the egg, and one on top. How much weight can you place on top without it breaking? “How come the eggshell is so brittle yet it can withstand so much pressure?” asks a Potential Plus member. It’s all in the dome shape. Above you can see her eggsellent experiment, do you think it could have supported anymore books? 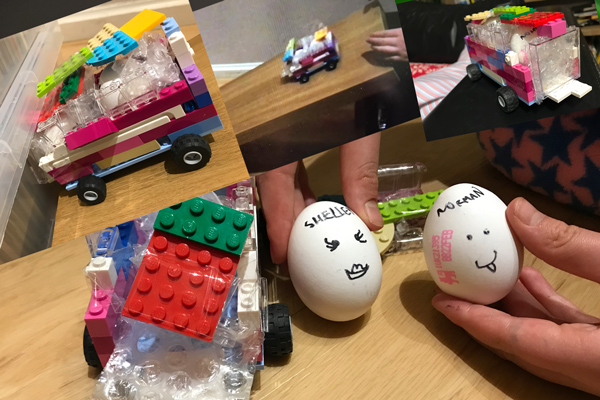 Design and build a vehicle that can carry two eggs down a ramp and stop them from smashing on impact. Will any of them get a hairline fracture, or worse?

Find something you can recycle and turn it into something functional.

Discuss: “An inventor is just making something new to get rich.” (Ks1-3)