Why have a ‘bubble shortage’ and ‘the sugar question’ been in the news?

Most of our favourite fizzy drinks get their fizz when the gas carbon dioxide is added, making the drink ‘carbonated’ and bubbly. This is true for drinks like cola as well as water and can arise in nature, or else be pumped through by a machine. See:

Carbon dioxide is in the air around us, but companies making fizzy drinks need so much of it that they buy large amounts from specially cleaned and hygienic factories. The main job of these factories is usually to make completely different products in ‘food grade’ conditions and they only create carbon dioxide as a waste product. For example, in the manufacture of ammonia (for fertiliser to put on plants to help them grow), food-grade carbon dioxide gas is produced as a ‘by-product’ and then sold to soft drink companies.

In the first few months of 2018, much less ammonia was made in the UK and Europe than normal. This meant less carbon dioxide was available for sale and has led to our ‘bubble shortage’. Did you see the newspapers claiming, “Britain is officially running out of fizzy drinks!” and “Summer barbecues are threatened!”? Perhaps you have already gone to a supermarket and seen limits of six bottles maximum per person on Pepsi, Pepsi Max, Coca-Cola, Coke, Diet Coke, 7Up, IrnBru and Fanta…?

Join in and find out:

Have you been to a family restaurant or play area recently where you can get ‘refillable’ soft drinks? Did you notice that the drinks machines have changed so that you can only refill with low-sugar, ‘diet’ or ‘sugar-free’ varieties? In many places now, the ‘original’ colas and other fizzy drinks have been taken off the refillable machine, but a water option may have been added.

Because the government has raised the tax payable on sugary drinks, they now cost more to make and sell than the low-sugar varieties. This could be why they are now sometimes only available from your server.

Sugar cane grows in nature, as does the fructose found in fruits. However, both of these tend to be high in calories – in other words, they contain a lot of energy, which they pass on to you. There are times when this is good, but at others, and to help some people keep to a healthy weight, natural sugars can be swapped for other ingredients with far fewer calories that still make our food and drink taste sweet. These do not grow naturally in the same way but can be made in factories and are called ‘artificial sweeteners’.

Stevia is a plant from South America that tastes 200 times sweeter than sugar yet has almost no calories. Even though it comes from nature, some people think of Stevia as an ‘artificial’ sweetener as certain parts of the plant have to be changed before it is safe to use.

Create a presentation about what you have discovered.

Investigate the chemistry, the biology or the worldwide situation. If you like history, take a look at https://www.bbc.com/education/clips/zjq2tfr and be inspired. The creation of fizzy drinks dates to around 1750 in England, with the manufacturing of large amounts starting in Manchester in 1781.

What, do you think, what should all the fuss be about? 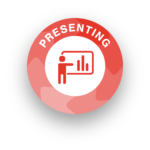